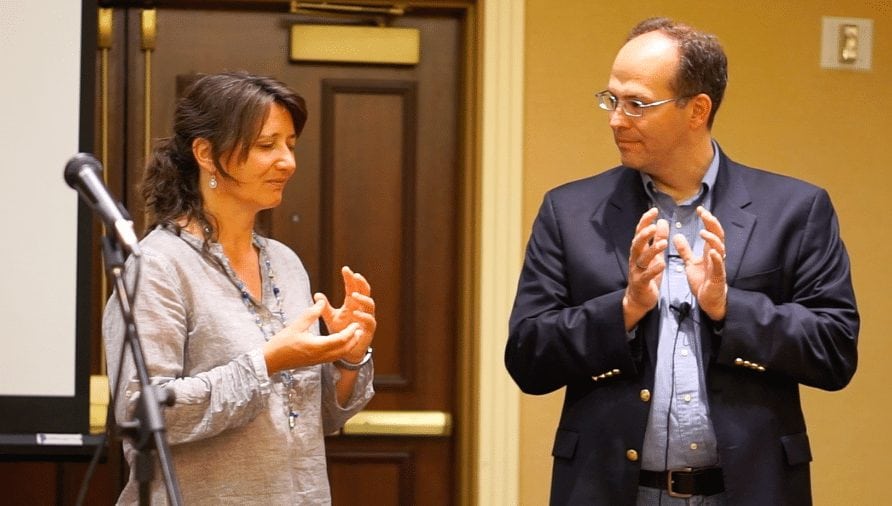 Between you and your goal—but completely encased in your mind—are walls.

There’s no going around them, and no matter how high they appear, you must summit them and land on your feet on the other side.

Psychological barriers keep us from moving to the next level of success until we properly learn to go over them, under them, through them, or destroy them completely.

Today is not about changing these walls; my goal is to help you identify them, examine them, and find where the footholds are so you can start the climb.

The first psychological wall that many people come up against is the wall of impossibility. Without going into great detail about how to solve it (because that is not the point of today’s podcast), what I recommend you do if you find yourself in that situation is to look for people who’ve been in the same or similar situation. People who have broken through the wall of impossibility and found a path to the other side. Study their path. Step where they stepped. Follow them to the other side of that wall.

There are lots of different ways to say this. I remember working with a woman once who said that because she had been divorced and she came from a community where that was frowned upon greatly, she did not deserve to find a happy relationship. In that moment of her life, she felt that literally she just didn’t deserve happiness, that she needed to be punished for her so-called transgressions.

I have met others who have made incredibly poor decisions in regards to their finances, business, relationships, parenting.

The good news is that in the 21st century, between podcasts in YouTube and searching the internet, we can easily find the stories of people who have overcome the situation that each of us is in. So the psychological wall of deserving is something that can be changed, but if it’s something that you’re facing in regards to the goal that you’re going for right now, begin to look for powerful stories of people who have moved on. This is not the only way to get through, but it’s one of the easiest ways to start when you’re starting on your own.

Let’s look back to one of the oldest stories in existence, from the book of Exodus, in which God appears to Moses. God says, “Moses, I want you to go talk to Pharaoh.”

Moses’ response was, essentially, “The most powerful leader of our time? I don’t speak so good. I’m not good enough for this job. How about my brother?”

We all have a self-defeating habit of comparing our weakest traits against other people’s strongest ones. The story of “I am not good enough” could be told by every member of the human race, and yet the powerful ones are the ones that stand up despite their weaknesses. They decide how to move forward, even though they are not good enough when they start, because they know we all have the ability to learn and to grow.

You have an inborn God-given talent, and when you reach down deep inside and find it, you can change the world. You don’t have to be good at everything, just find one thing you’re good at and pursue that strength. Seek your own divine gift and go out and conquer.

This wall goes by other names, too:

“I have to have everything perfect before I start.”

“When I do something, I do it right, and I am not doing this until I have it exactly right.”

Well, I’ve got bad news: You are going to embarrass yourself. You’re not going to get it perfect, and if you wait until you’re ready, you’ll be waiting forever. So choose today to be good enough, and to do things wrong while you start. Embrace the mistakes you make starting out; they’re the surest sign that you’re moving forward and climbing walls toward greatness.

But if you never start, it’s impossible to get to good.

Take parenting: An important job, definitely worth doing it right. But most of us parent kind of badly in the beginning. We don’t anticipate all the everyday objects an infant can turn into a hazard. Nothing can prepare you for parenthood the way actual experience can.

The only way to do is to do.

Let me reassure you: Yes, people will judge you. People will question your qualifications. People will scoff at your aspirations.

So now that you know it will happen, you can stop worrying about it and face it!

Because if you stand up and you stand for something, before long, first there will be one. One person who believes in you. Then a second. Then ten. Then more who believe in you.

So be willing to stare down the wall of judgment. Ignore the haters standing idly along the path as you charge down it.

This one shows up in two ways, one might be that you actually aren’t very organized. That means that you’re so disorganized that every time you try to get started, you trip over yourself, you can’t accept payments, organize your time, organize your files, etc.  If you are chronically disorganized, you might need an assistant that can help you get those things in order.

For most of you, you don’t need to do have everything lined up to get started. Just start; organize along the way. Take action before everything is in order; you will get more done, you’ll reach more people, and you will accomplish much, much more. You don’t need an elaborate website; most of the time you don’t even need a business card. You just need a confident handshake, a friendly smile, and a willingness to show your clients what you’re capable of.

Maybe you’ve leapt those first seven walls with confidence. You’re trying, you’re ignoring the critics and haters, you’re confident in your worth and your qualifications, and you’re chasing that dream.

It feels like you’re running in place. You’re not getting the results you should based on the effort that you’re putting forth.

This is a case where the best fix is to hire a coach. To be clear: Each of these psychological barriers can be overcome by finding a mentor or a coach who specializes in the subconscious mind. When you really are taking action, sometimes you need someone to boost you over that last wall. Somebody who has climbed it themselves, and knows where the best footholds are to hoist yourself over the top.

Someone who knows the way

The short cut to overcome these psychological walls is find a coach who can help you past them.  As a hypnotist, I specialize in helping people change their deep subconscious programming to overcome their walls.  If you want help, the next step is to book a short consultation with me in my office to make sure that there is a good fit to help you reach your goals.  You can call the office at 801-203-3405 office.