How The NLP Student Became The NLP Trainer 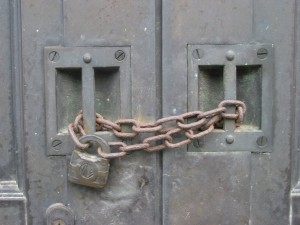 How William Wood, NLP Practitioner and Hypnotherapist taught me a powerful technique that quite literally changed my life for the better in less than 20 minutes…

A quick Note: If you are not sure what “NLP” is it is an advanced form of hypnosis that is usually done in a “wide awake” state. It’s formal title is Neuro Linguistic Programming.

As an NLP Master Practitioner and Trainer since 2003 I’ve always prided myself on being able to learn from every situation.

Recently I had a chance to touch base with one of my favorite students, William Wood, NorthernUtahHypnosis.com

Will took my NLP Practitioner and Master practitioner trainings with me in 2010 and 2011. NLPPractitionerTrainer.com

I deeply believe that people appear in our lives for a purpose.

I may have shown up in Will’s life to teach him NLP. But I feel that Will showed up in my life to teach me a number of things too. While I am a Certified Trainer of Hypnosis (in addition to NLP) and practice hypnotherapy in Albany NY, HypnosisAlbany.com, Will has a HUGE amount of hypnosis training under his belt and I have easily learned as much from him if not more than in any other training I’ve ever taken.

Here’s the story: I’m in a great relationship with a beautiful woman and we are now in to our 3rd year of our relationship… and most days we are doing really well. We get along great. We share all our core values. And then seemingly without warning…

My girlfriend Marylynn is also a highly trainer practitioner in her own right of “The Work” of Byron Katie.

For some bizarre reason, like millions of other couples we are perfectly matched to trigger each others stuff in myriad small and large ways so that we are struggling…. We have great days when we are full of love and connection and in just moments all that love can turn into something that doesn’t feel so good…And we start questioning whether we are going insane!

We know from our training and our experience that this is part of the healing gift we bring each other. The things we trigger in each other are issues that are up for healing.

The challenge we have is we both know we are each creating our own stories and dramas.

We also both see that we’ve done this dance before in other relationships. We both sincerely love each other and want to be supportive of each others growth and healing…

It is so frustrating and almost laughable because each one of us in our own practices are totally capable of helping couples through this kind of stuff!

So I was just checking in with Will Wood, (in my opinion the best hypnotherapist and NLP practitioner in Northern Utah and one of the best in the entire United States) the other day because I hadn’t heard from him in a while and it turned out he was in the middle of taking an NLP training. In fact he had just learned a new (for me) NLP pattern that he was just itching to try out on some willing , I mean … I mean… “volunteer” :o)

It was a perfect technique to collapse a negative emotional “trigger” or even an allergy.

So he spent about 20 minutes with me on the phone while he was driving in to his day of training… (yes that’s how good Will is!)

He went through the new technique a few times with me and he finished with a bit of hypnotic languaging to “lock in the changes”… all I remember from the hypnosis part was that every time I saw the color RED I would strengthen and reinforce the new behavior and neurological pattern. Of course I started seeing the color RED everywhere!

It was like the lock had been changed and the old key no longer worked. The old neurological pathway was closed. (check out the picture above) A very good feeling!

The day after that Marylynn was really triggered by something I did or didn’t do (can’t remember now) and was deep in her pattern. Again, I was able to not take it personally. I sat with her and just focused on keeping my heart open and beaming love at her. I focused on my breathing. I relaxed consciously and grounded myself into the earth and just stayed present with her. The gift for me was that because I wasn’t triggered into my own stuff, I was able to be present for her.

At one point I made the mistake of trying to hug her and she was so ticked off at me that she just pushed me away. In the past that would have HURT. Big time. This time? I just gave her some space and went off to my office in the basement to check my email…

10 minutes later she came in and was soft and gentle and apologetic. The cool thing was, I didn’t feel like any apology was necessary. I wasn’t waiting for her to come and apologize. I was still open. I never closed down. There was nothing to forgive.

Because I didn’t go into my own story and reaction, it allowed her to just move through and out the other side of her emotional storm. In the past, my reaction was like throwing gasoline on a fire. Whatever I did just made her feel worse and we’d get stuck in an emotional loop.

This was a huge breakthrough. I don’t know if I described how excruciating this pattern of ours has been for both of us in the last 2 years. We kept working on it and not really resolving it. We both know that if we give up and go off into other relationships we will just repeat the patterns.

This time it feels like we made a major shift.

So I just want to give props to William Wood. The guy is an awesome practitioner of NLP, Hypnosis, Time Line etc. I just feel tremendously grateful to have been able to be his student the other day.

If there is something that is triggering you and you want to STOP it. Give Will a call at 801-203-3405 or email him at william.wood@northernutahhypnosis.com

p.s. 2 years ago when Will was taking my private NLP practitioner training I taught him to to the NLP “Like to Dislike” Process. Again, I got to be  the “volunteer” and I chose to stop liking coffee so much. I was drinking several cups in the morning and a few in the afternoon. I now only have coffee once or twice a week… Just sayin’ William Wood is the real deal.

photo by Olliruam77 on www.Flickr.com