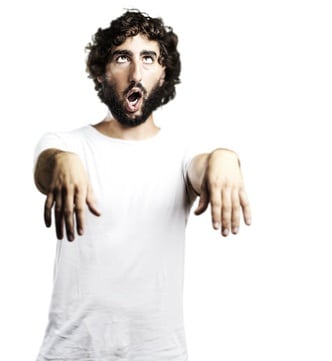 Often, a new client will expect something like this when they imagine hypnosis

Part II: How Will I Know I Have Been Hypnotized?

Read Part I Here: I Was Hypnotized By The Little Mermaid?

Anytime direct or indirect suggestion is used, there is a potential for hypnosis to be present, depending on whether or not the suggestion influences the subconscious mind. Any time a story is told, hypnosis happens.

In addition to the media, many people struggle most of their lives because a family member “hypnotized” them early on in life without realizing what was happening or perhaps without intending harm. Due to an informal hypnotic suggestion from a friend, a client of mine decided as a young woman that she wasn’t “good enough.” Hypnosis happened.

Another client was a teenager, and had just failed an important test in school. He went to talk with his teacher for help and was already severely distraught about what he was going to tell his parents. In that moment of vulnerability, the teacher told him that he was stupid and would never amount to anything in life. Imagine the impact that informal hypnotic suggestion had on that young man’s life. In that moment, he decided he was stupid. Hypnosis happened.

So people go to a hypnotist, not so the hypnotist can hypnotize them for the first time, because there is a good chance that unplanned informal hypnosis created the problem: creating an attitude, belief or identity that later became problematic.

Instead, you book an appointment with the hypnotist to learn to direct your own mind, to create a new “hypnotic trance” to replace the old one. In this case, a hypnotic “trance” means a subconscious constellation of attitudes, values, beliefs and identity.

The woman in the thirties comes to a hypnotist to learn to do hypnosis on purpose to reprogram her subconscious mind from running the old trance “I am fat like my mom” to the new trance “I have a beautiful voice like my mom and relate to food in healthy ways.”

The man goes to a hypnotist to learn to let go of his old trance “I am stupid and will never amount to anything” and replace it with the new trance “I am powerful and capable and learn new information easily.”

Sometimes when people ask how they will feel when they are hypnotized, what they are asking is what to expect during the formal “rituals of hypnosis.” 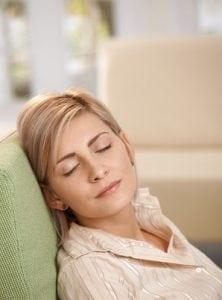 “What will happen when I sit in the hypnosis chair?” One client asked.

Many commonly used hypnotic techniques rely on relaxation training, teaching the body and mind to relax to access the subconscious mind on purpose, instead of haphazardly, like the client has previously done.

However, there are some people who do not relax well, so other hypnotic techniques rely on mental overload, mindful focus, confusion, boredom or even surprise. So hypnosis is not relaxation. But relaxation is often used to produce hypnosis.

Since relaxation training is so commonly used to teach clients to enter hypnosis, the best metaphor I can give to manage your expectations during your hypnosis session is this: body asleep, mind awake. Your body will feel relaxed and your mind will feel aware.. In fact, your mind might even seem hyper-aware, aware of everything that is said during the hypnosis process.

So don’t be confused, hypnosis is not relaxation. Hypnosis embodies any process that influences your subconscious mind.

Hypnosis expert William Wood helps clients identify and change old hypnotic trances that limit their current circumstances. Will teaches people self hypnosis so that they can run their own brain, instead of falling victim to old programming. Will helps people with hypnosis in his Ogden  office. He also helps people world wide via phone and Skype. To book an appointment to learn how hypnosis can help you, click the button at the top or bottom of this article.