The Power of Your Personal Story 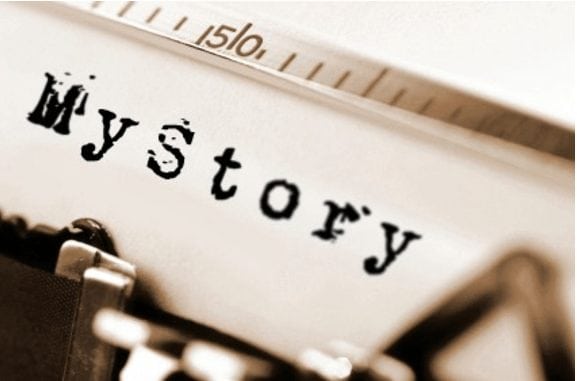 Time Stamps for ” The Power of Your Personal Story “


Ready To Book a Consultation?

If you want to book a consult with William Wood, you can call the office and leave a message at 801-203-3405 or email us at utah.hypnosis@gmail.com

Will: I think I was at a Boy Scout camp and I was sitting on the edge of my logs staring in to the dancing fire. Reds and oranges and yellows all mixed together and moved in some kind of synchronous harmony like they we’re dancing to a sound that I couldn’t hear. The crackling of the fire and the smell of the smoke were part of the experience. I was listening to a Master Storyteller. Tale of an ancient hero. Someone who had overcome an incredible obstacle. I literally hang on every word that came out of his mouth. So powerful was the effect of the story.

Is your story serving you or is your stories taking you down a path that you don’t want to do down? Stories do come true and we have the ability to tell better stories.

I remember a few years back, I brought my family up into the mountains of Idaho. We were looking for some rest and relaxation. It’s been a little while since the family had taken some down time together. We want to get to a place beyond sail range, we want to get to a place with no TV, no radio, just the mountains and nature. Not too far from the cabin we’ve rented there was a river, the Payette River. South Fork and there was a stretch of river that people who rented us the cabin told us was friendly the families they said “This little stretch of river should be a good place to put in a raft or put in a canoe and enjoy the river.”

Now, we were surprised that just how fast that river actually was, the water moved much faster than we had expected. And yet it was safe. It was just a faster safe. It wasn’t rough; there were a few rapids and a few sweepers that were easily navigated.

I’ve been in a canoe since I was a young boy and enjoy going down the water. So I was enjoying this winding ride through the mountains and the forests of Idaho. My little boy was down by my feet at the bottom of the canoe and he was nervous about the speed of the corners and the sweepers and the rocks in the river never having navigated such a landscape before. He looked up at me and said, “This is scary.” And the story that he had in his mind was clear to me as a dad. He was terrified. The story that he was playing in his mind was that this canoe would be the end of us all.

So I looked down at him and like any good father I did what anybody would do. And I tried to reassure him, “No, this is safe.” This is a safe I’ve received my mind. I had a different story than the story that was playing in the mind of my son.

He was imagining a story of death and destruction and the end of the family. I was imagining a beautiful canoe ride with my family up in nature winding through the Idaho wilderness. And he looked up at me again with those big brown eyes and he said, “Dad, I am scared.” And this time he’d done that he had a story in his mind that this was scary and it was going to end badly. I looked down at him and I said, “This is scary and yet you are brave. You son are a brave boy.”

And the story changed in his mind. Now, he was on adventure as a brave boy winding through dangerous waters with his adventurous dad. It happened that fast. The story in his mind changed.

So when I was a little boy we would often times drive from Alaska to New York. My mom’s family lived in upstate New York and I grew up in Fairbanks Alaska and it was a long drive. We would drive I think it was 4 or 5 thousand miles. I don’t have a map right in front of me but it was long ways. My dad would usually drive with the older kids and my mom would fly with the younger ones.

On those trips, my dad would tell us stories. And one story he told on that trip is stuck with me all these years. It’s the story of a man who was broken down on the side of the road on a country road. We understood country roads. We have driven to parts of Canada and parts of the US where we travel. With Canada hundreds of miles sometimes without seeing a gas station, just nobody, empty barren places.

This man breaks down in an old country road and he goes to fix his tire and sure enough, the jack on his car is missing. It’d been taken out to fix a neighbor’s car and not put back in place and so here he is stranded on the side of the road – no jack. And he starts walking down this old country road and there’s a farm house some two miles in a distance – plentiest space for the young man to start to think about the situation and think about his lot in life. And his first thoughts are thoughts of disgust. He says “I don’t believe I am stupid enough to not put that jack back.”

He starts telling himself stories about his own lack of preparations – his carelessness. And then he looks at that farm house at ahead and imagines going up and asking the farmer for a jack. And of course, he’s a stranger in his parts and he doesn’t know anybody. And then he starts to play out the scenario in the mind where the farmer is skeptical of this Out of Towner and he’s reluctive to give him the jack; to lend him anything and then he finds himself stranded in the middle of nowhere. Cellphones not working, nobody knows where he is exactly and he just imagined spending a miserable night alone in the car until some poor wander traveler comes by and rescues him.

He built up such a story by the time he came to the farm house but now he was imagining a great argument between him and this farmer. Him asking for a jack in the farmer saying, “Who are you that I should give you a jack?” and back and forth they would go until it ended up in a fist fight. The farmer turning him down. Now, by the time the young man finally gets up to the house, he’s so angry based on the story that he’d been playing in his mind that the farmer opens up the door, the young man looks at him right in the eye and he says, “Well, if that’s the way you feel you can take your jack and shove it.” And he turns around and marches back towards his car.

You see these stories matter and the images that we hold in our mind affect the people around us because we treat them differently.

There’s a famous case of an intercity school who did an experiment. They took a group of average kids and they put these kids in the class and they hired these new teachers who didn’t know them. They told these teachers, “These kids are incredibly gifted. These kids are the top of the entire county. These kids are the brightest class and you need to treat them extra well because they are so capable.” Who’s an average class.

But the teachers didn’t know it may start to expect things out of their students and they started to breathe life into them because they knew how special they were. So the teachers had a story. A story that these kids were capable of great things and because they treated them as such the kids flourished. Because those kids had a teacher with a different story, everything changed.

I remember my first martial arts teacher. Well, I guess he was technically my second one. My first one was Marty Lester, great man, my tae kwon do teacher when I was a kid. My second one was a mentor that literally changed my life. Someone whom I’ll forever be grateful for. His name was Charles Scott. And Charles Scott is and was a mighty man. And he managed to get me into his class when I was in my about my 15th or 16th year. A lot of people around me at that point has story about who I was. I was just a punk kid. I was end it, normal teenage trouble and gotten labeled by people as being a little bit of a troublemaker, no clear direction – I was just 15.

And I responded to that story in a pretty negative way. But along comes a man who looks at me and he believes in me and I don’t know what story was playing in his head but I can say that his actions and his words breathe new life into me.

Because the story that we carry in our head are the stories that we begin to live. We begin to act as if they are true and because we do we bring those stories to past because stories – something happens to a man. And he decides that he is worthless, he is no good for anything or anybody and he begins to play the primary character in that story until the world starts treating him like a loser.

The man needs a new story. Now if you don’t like the story that you’ve got, I’ve got a challenge for you. And that challenge is to change. Change your story and start to play a different part. Even if the first act in your life was a tragedy, I am here to tell you today that the next chapter, the next act can be a victory chapter. I believed in you and I believe in your ability to be the hero, to be conqueror and to come out on top. So reach down deep inside, find your strength and start telling yourself a new story. And when you do, everything in your life will begin to change.