How To Listen Part 4: Recalibrate Your Ears 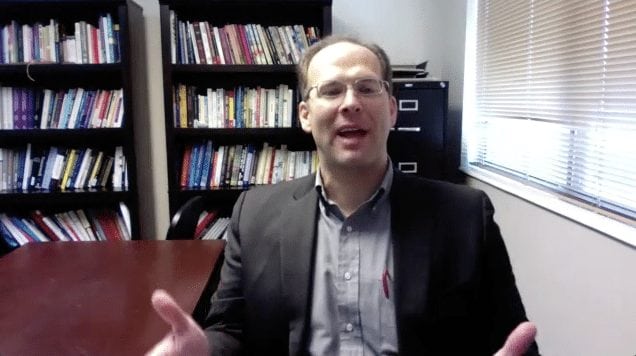 Are You Ready To Book A Consultation?

You can call the office and ask to book a consultation with William Wood: 801-203-3405.  Please leave a message and we will return your call within 24 hours M-F.  You can also email us here: William.Wood@NorthernUtahHypnosis.com

William: Now Christian, what else would you like to add about listening techniques, like if you were to give the listeners some advice about what they can do to improve their listening skills. What would you have to say?

Christian: So, a couple of things that I think that we can do to help improve your listening skills, is to reset your ears and recalibrate your hearing every day. Just a basic practice of sitting in silence and then just allow your ears to hear and not having to engage. So sitting in silence.

William: What do you hear in that silence?

If I have my windows up and I’m sitting in silence, what are the things that I am hearing? and so this brings up a really key point. Part of the practice, and this is one of the skills I work with individuals, is to go to a crowded room, okay, where there is a lot of noise and then just listen and try to identify how many different channels of sound is in the environment. At the beginning of this practice, you’re able to pick up the major sounds, right. But the more you practice in these loud environments, you’re going to be able to hear the more obvious, but as you develop the skill of listening, in a crowded room, you’re going to start hearing some of the subtle, quieter sounds in the environment.

Christian: No meaning. So going into these crowded rooms and listening to the various sounds, and the non-sounds will really help sharpen your ability to hear. And then, another part is really to savor or to enjoy and to appreciate even the most mundane sounds.You know like right now, you can’t hear it. But I can hear my fan, it’s always on in my office.[Laughter] But you know what, it has a certain vibration, it creates a vibration and listening to the rhythm of the fan in my office. When I become attune with that, it has the ability to soothe me and my body. These are different skills that I use every day to recalibrate my listening skills and to further refine.

William: A good way to think about this process of communication is as a, like an old fashioned radio. My grandpa had this big old fashioned radio in his house. That radio had a large antenna because that radio would actually not capture signal unless the antennae was up. Also, the radio was totally unfunctional unless it was plugged into a power source. And so it was plugged into an energy that allowed it to receive. But then still if we wanted to hear the music or the talk that came out of that radio, we had to very carefully dial it into the right station. And all three of these things are important pieces of the listening puzzle. And my challenge to you today is to really make sure that you’re plugged in, that your antenna’s up, and that you’re dialed into the right station as you’re having those important conversations later today. So, do that. Intentionally listen and notice how conversations begin to transform.

Christian: Julian Treasure said, we need to listen consciously, to live fully. as we deliberately and actively listen, we will be able to begin to really live richly. We will be part of the relationship with those around us. The power and the importance of listening closely, you know, as I’m thinking about the role of the listener. I picture the listener as the conductor of an orchestra. Picture the conductor standing in front of this huge professional orchestra, you have all of these different instruments. All of those performers, they’re having to not only pay attention to the music that they’re playing, and where they’re at on the page, but they need to be aware of where their neighbor is, and where they’re at within the performance.

The conductor does not play any of the instruments. The conductor’s role is to make sure the performers are playing their instruments in sync. And if you have a really good conductor who is listening very closely, we’ll be able to pick up the different areas that the orchestra needs to improve. So off to the right , may hear that the violins are not playing loud enough and so we’ll have to turn to them and say, you know, with whatever gestures they use, you need to play louder and then over to the left, may say, you guys are playing a little too fast, so slow it down. And so the conductor’s role ultimately is to listen to all of the performers and to make sure everybody is playing in unison and properly.

So never, ever underestimate the power of listening. Listening, as we had talked about, is a skill, it is an attribute, it is something that can be learned, and it’s a quality that can be greatly improved by employing the various skills and techniques and mentality that we have talked about throughout the course of today’s show. My invitation is to do a couple of things; One, sit in a room where there is as little sound as possible, and then just listen.

So listening in silence will allow you to look deeply within and better understand yourself. And as you listen to yourself, and practice listening to your own internal vibrations, is the training ground that you need to be able to go and listen to other people. Because if you’re ignoring yourself, you’re really not giving permission to others to listen to you. So listen in silence, and feel the vibrations within yourself.

And then the other thing, which actually has two parts, is go to a mall or go to a public area and then just listen. I’m not saying be creepy and listen to people’s conversations [laughter] But go and just listen to all of the different sounds and then write them down. Write down, I heard the birds, I heard the leaves rustling as the wind disturbed the tree, I heard the grass as I walked across the field.

So pay attention, how many obvious, and how many incredibly subtle sounds can you pick up. And then identify an individual who you feel safe with and say, I want to hear your story, tell me your story. And then seek to understand, only listen. Now this might sound really silly [laughter] I’ve been married for almost 15 years, which is just incredible [laughter] now that I think about it, but part of my daily schedule, I have to plan this in, What I do, is I have, in my calendar, every night I schedule in, listen to Rachel for ten minutes. That doesn’t mean, let’s have ten minutes of conversation.

That means, whether I’m sitting, or we’re standing or we’re out on a walk, whatever, I can only listen. Like deeply, deeply, listen to what my wife has to say. And sometimes she doesn’t say anything at all. Sometimes she just expresses the exhaustion, or the frustration, or the happiness, without using words. Sometimes, you know I mean I have a minimum of ten minutes, but sometimes it goes beyond ten minutes because I have to have at least a minimum of ten minutes but sometimes, or actually a lot of times [laughter], she needs more than ten minutes.

And so, however long she needs, I simply listen. I don’t try to rebut, I don’t try to explain away, I just listen. And what that has done, by listening, is it has helped us stay in tune with each other and it has also given her a safe place to share her innermost thoughts. In essence, we’ve created this Sanctum Sanctorum, this holy of holies, and she feels safe.

This person will just love you, or at least they will appreciate you for listening. As you do this practice, your relationships will either heal or they will improve. You may not agree, but if you listen and you ask clarifying questions, you will eventually understand. So identify a couple of people, identify a couple of areas that you’d like to go and listen and practice your listening skills, and then just go do it. That’s all that you got to do.